This trophy, officially the “Nonsuch Challenge Trophy” was first shot for in 2006 in a 5-way competition between CMO, Surrey Bowmen, Ditchling & Plumpton.

In earlier years the match was over two legs, at home with an American, and away at Plumpton with a FITA 900. More recently it has been just one match alternating between venues each year.

The basic rules of the competition are outlined here 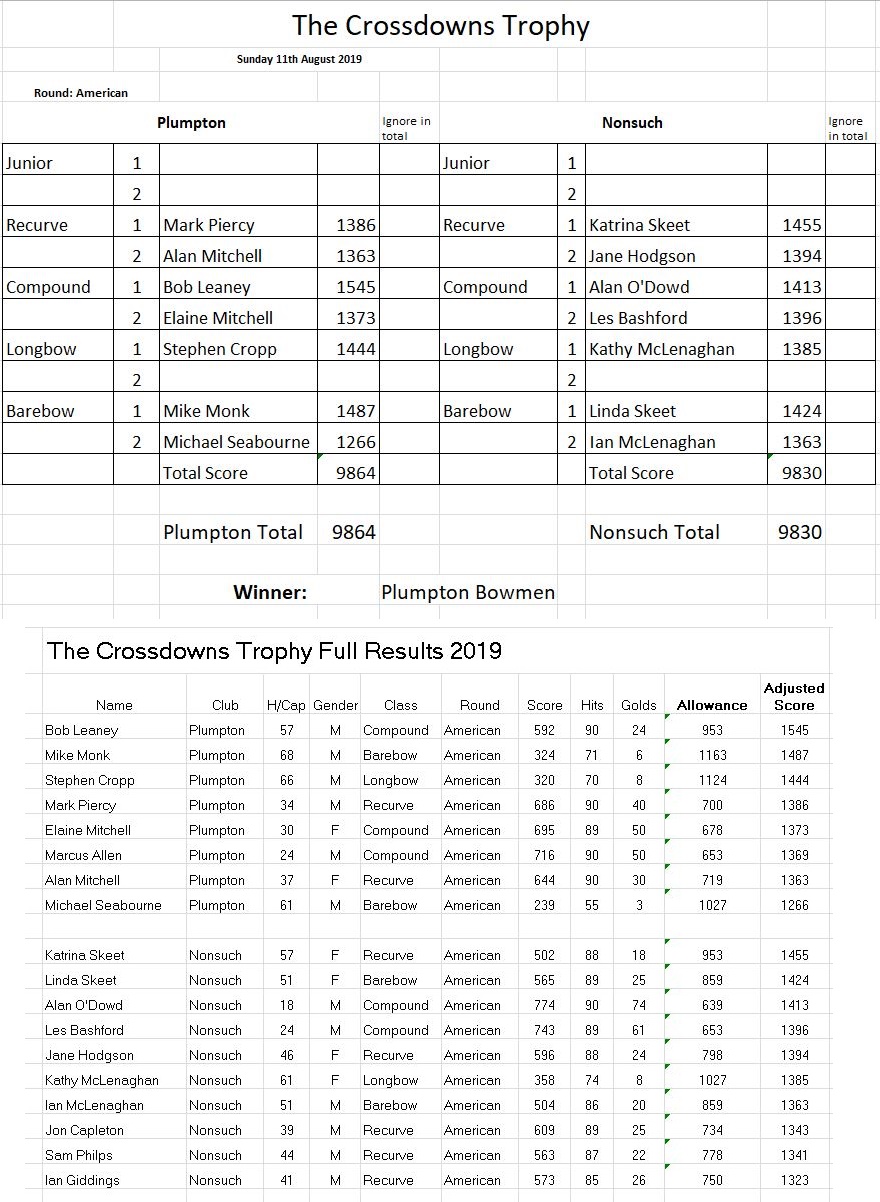 Winners in Previous years were:

The rules are essentially very simple, but with a few twists! The competition was mainly designed to give newer and less experienced archers a taste of competition in a friendly unpressurised environment. As the competition is based on adjusted scores everyone can compete, and ‘improvers’ may have a slight advantage.

Shot over 2 legs, one is an American round and one a FITA 900. Although there are no official ‘cadet’ versions of these, allowances and handicaps have been calculated using the scores for dozen published by GNAS, so younger juniors can shoot 40/30/20 yards (or metres) instead of the full 60/50/40 yds/mtrs.

If more than 2 archers shoot the round in a particular category, the 2 highest adjusted scorers make the team.

BUT – if a team only has one of a particular category shooting, the other team(s) only count their highest score in that category.

HOWEVER – if a team fields no archers in a category, the other team(s) can still count both their archers.

The only other quirk is that Barebow recurve can count as Longbow, but the archer’s allowance for handicap gets a factor applied to try to encourage ‘proper’ longbows.

The team with the highest total of adjusted scores over the 2 legs wins the trophy.